The items tab of the Easy RPG Creator Database manages the items seen throughout the game that can be used by the player. 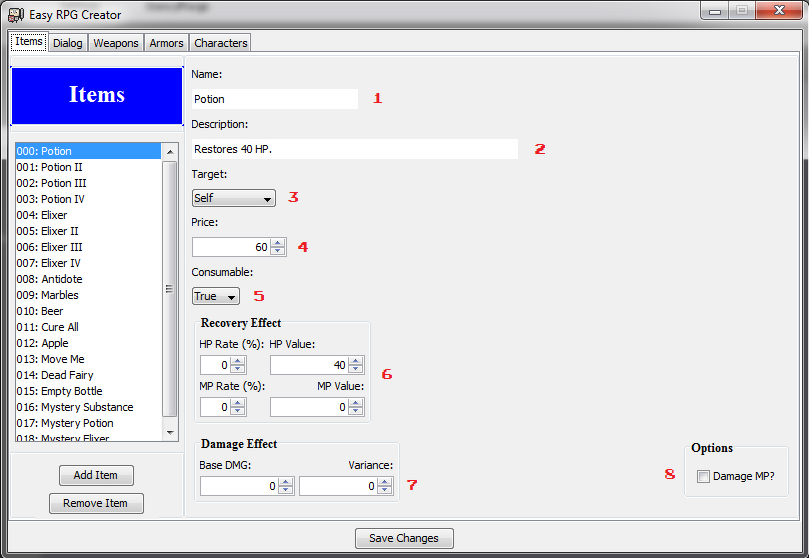 In the future, the Easy RPG Creator is expected to have more options available for the Items tab, such as the ability to designate an item as a Key item, also known as a Quest item.  Another planned feature is allowing an item to trigger a scene event, allowing a much more versatile game.

Retrieved from "https://erpgc.fandom.com/wiki/Items_Tab?oldid=4287"
Community content is available under CC-BY-SA unless otherwise noted.